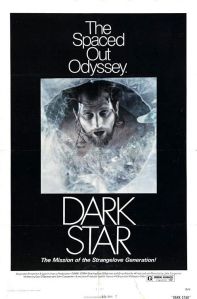 – Now, Bomb, consider this next question very carefully… What is your purpose in life?
– To explode, of course.
– And you can do it only once, right?
(Doolitle convinces the bomb not to explode)

– All right, Bomb… prepare to receive new orders.
– You are false data. Therefore, I should ignore you.
(Doolitle convinces the bomb not to explode)

I must confess – I have never really liked John Carpenter. And I barely enjoy horror movies (with some notable exceptions like “The Shining”). I watched “Halloween” recently and enjoyed it at times, but if we forget for a moment its heritage, I find this cult slasher pretty mediocre. While admitting Carpenter’s immense influence, I’ve always seen most of his films made with little creativity, without that special sparkle that would lighten up everything. He is too technical in his approach, like an artisan, not an artist, who is methodically repeating similar feel and techniques in different movies. Note: I didn’t watch “Halloween”, “Escape from New York” or “The Thing” when they were released – movies that I don’t find bad, but just… pretty average in everything and with superficial characters? I’ve always felt Carpenter cares most about showing what happens to his characters, but not really the characters themselves.

But “Dark Star”, Carpenter’s and O’Bannon debut movie, made me change my mind about him. This little space comedy is like a fireworks show that you setup by yourself on a New Year’s Eve in the backyard. It’s an extravagant parody on space movies and “2001: A Space Odyssey” in particular. Fresh, well-crafted, wry and weirdly funny. 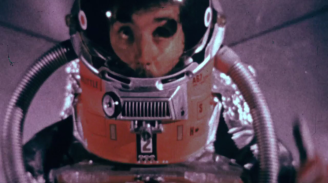 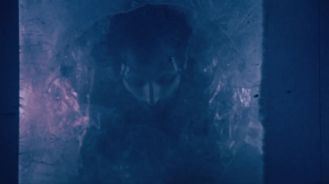 The production. “Dark Star” was a debut feature for both John Carpenter and Dan O’Bannon, and initially it began as a student project of 68 minutes. After being shown on several festivals, the producers spot the movie and Carpented had to shoot 15 minutes more in order to have the right length for a feature film. Later in the director’s cut he deleted most of those scenes, pointing out that their “great looking student film” became a “terrible looking feature film”. 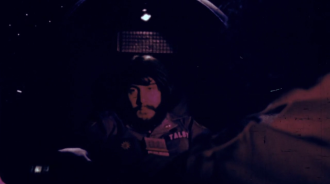 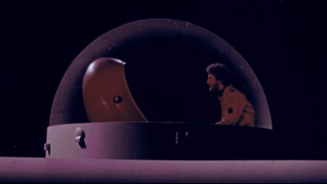 Their? That’s right. Dan O’Bannon played a crucial part here, since he wrote the screenplay, created some special effects, did the editing and one of the main roles. The plot of “Dark Star” was initially based on a short subplot idea “Beachball with Claws”, that O’Bannon later reworked into his most successful work of all time – the screenplay of “Alien”. O’Bannon seems to be an interesting guy that often stayed in the shade of the others, known mostly by die-hard sci-fi fans… He also co-wrote “Total Recall”, did special computer effects for “Star Wars”, and wrote the screenplay for “Screamers”. Pretty impressive path. Now I actually suspect that significant big part of credit of “Alien” and “Dark Star” should go to O’Bannon as well. 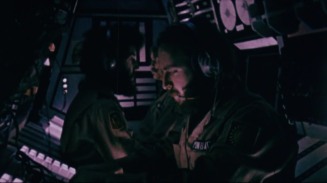 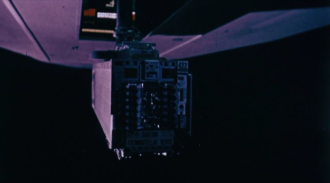 The plot. Roughly XXlll century. Four astronauts have been wandering around in space for 20 years. They search for solar systems that could be suitable for further human colonization and destroy unstable planets to prepare the ground by using smart bombs that possess conscience and like to argue with the crew. Powell, their ex commander, is now in deep freeze, but he still can be contacted to get an advice. There’s also a weird alien aboard that the astronauts picked up in some dark corner of the Universe. They feed it and bring around during their long journey. 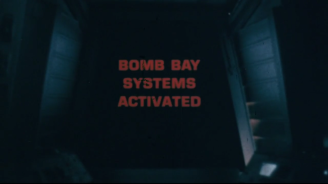 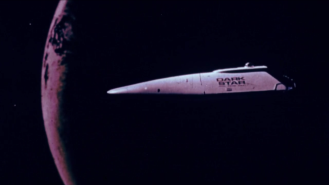 What I liked. Of course, the humour. Just reading the plot makes it pretty clear that “Dark Star” is made in an interestingly wry tone that somehow matches the film. Like the frozen commander of the ship, Powell, who is still able to comunicate, the film maintains a retarded, low-key style, where everything is little bit different from how it’s normally supposed to be. The bombs can talk and even dispute about whether they should explode or not. The astronauts look like bumbs, are bored till death and almost hate each other. The alien, here in the form of a huge ball with claws that is kept for fun or pity on the ship, is bored even more than them, so he tries to escape. The computer system tries to convince the bomb N. 22 that the order to explode was sent by mistake, but the bomb refuses to agree. You got the point. 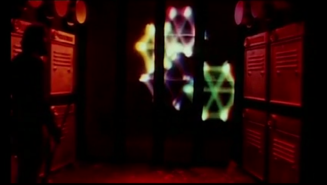 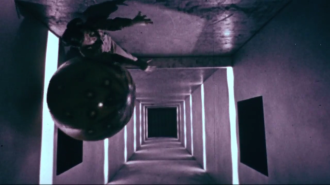 The movie has probably one of the most hilarious and meanwhile existential science fiction dialogues ever, when one of the astronauts floats out into space to convince the bomb n. 20 that it shouldn’t explode. The bomb refuses, appealing to the fact that the order to explode was received. So by using pure logic and deductive reasoning, they must find a way to prove that the Universe does not exist and exploding would be a silly waste of time:

– Hello, Bomb? Are you with me?
– Of course.
– Are you willing to entertain a few concepts?
–  I am always receptive to suggestions.
– Fine. Think about this then. How do you know you exist?
– Well, of course I exist.
– But how do you know you exist?
– It is intuitively obvious.
– Intuition is no proof. What concrete evidence do you have that you exist?
– Hmmmm… well… I think, therefore I am.
– That’s good. That’s very good. But how do you know that anything else exists?
– My sensory apparatus reveals it to me.
– Ah, right! Now, listen, Bomb, here’s the big question. How do you know… that the evidence your sensory apparatus reveals is correct? What I’m getting at is this: the only experience that is directly available to you is your sensory data. And this sensory data is merely a stream of electrical impulses which stimulate your computing center.
– In other words, all I really know about the outside world is relayed to me through my electrical connections.
– Exactly.
– Why… that would mean that… I really don’t know what the outside Universe is like at all, for certain.
– That’s it! That’s it!
– I wish I had more time to discuss this matter,
– Why don’t you have more time?
– Because I must detonate in 75 seconds.

“Dark Star” had a ridiculous budget of $60,000, but looks gorgeous. It’s a showcase of creativity and how much one can achieve with so little money. The space sequenses, the ship, the design – all works fine here. 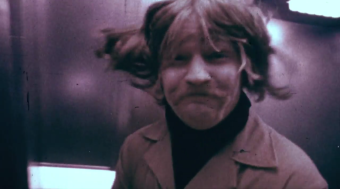 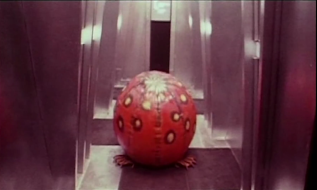 What I didn’t like. “Dark Star” at times feels too slow – Carpenter was right that making it shorted would do a favour to the film. 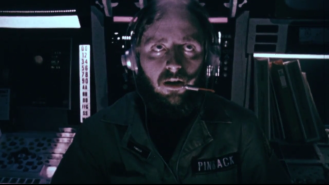 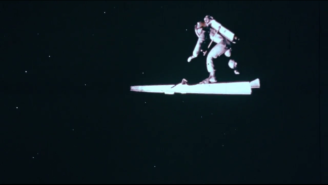 Worth watching? Whatever is your opinion about Carpenter, watch it – it’s a cool and unorthodox parody on space movies, made in a curious wry low-key. It could match well as the first part of an imaginary trilogy of weird sci-fi space comedies/parodies, with “Kin-dza-dza” being the second part and “American Astronaut” being the third. “Dark Star” doesn’t slip into an easy path of overjoking and trying to take you with quantity rather than quality. It’s feels dry and unusual, charging you with a good dose of absurdism and creativity. I only wish next Carpenter’s movies were as inventive as “Dark Star”. But sadly he chose a more commercial path. 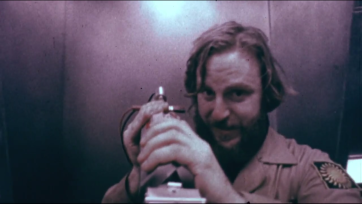 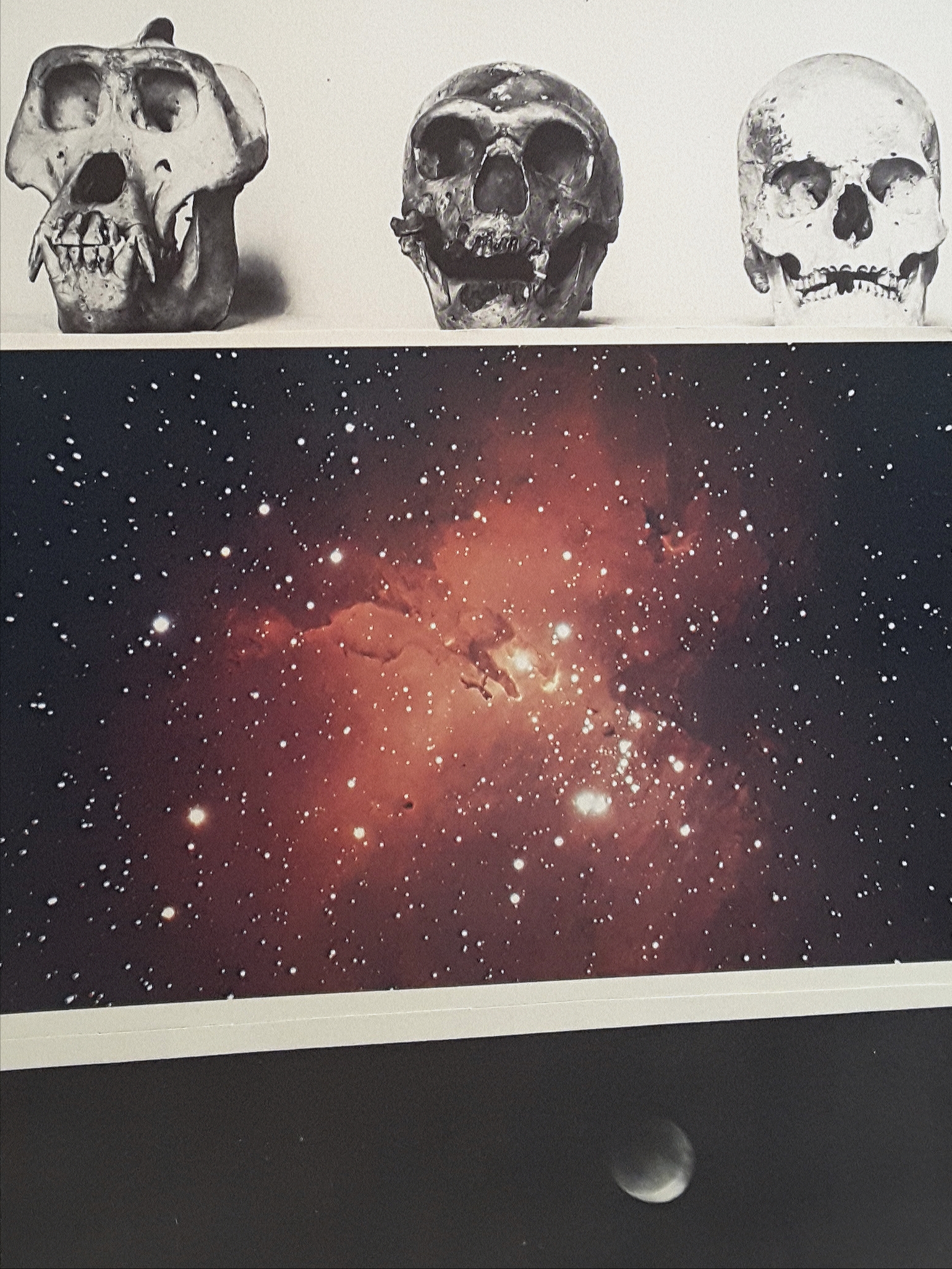 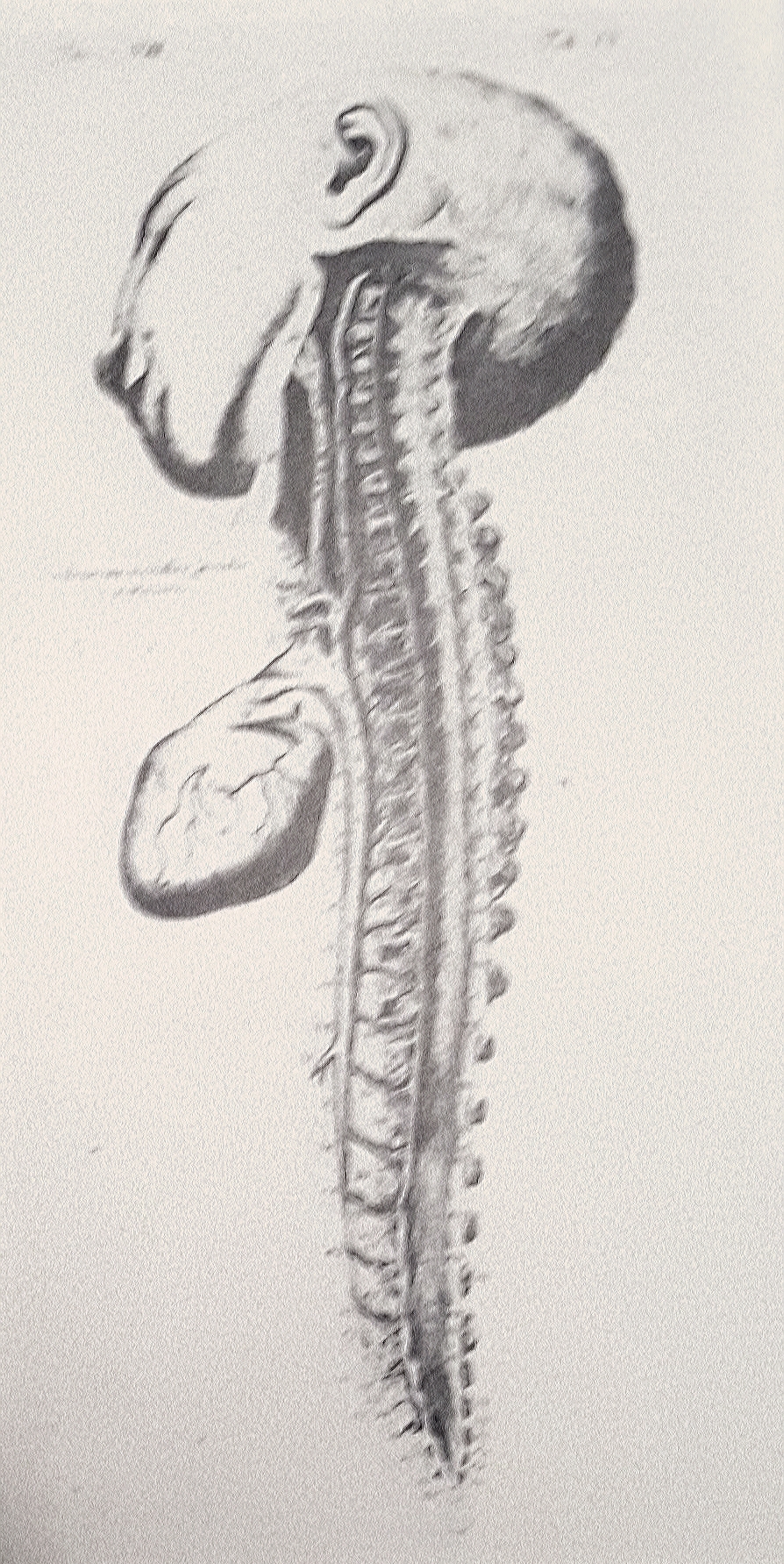 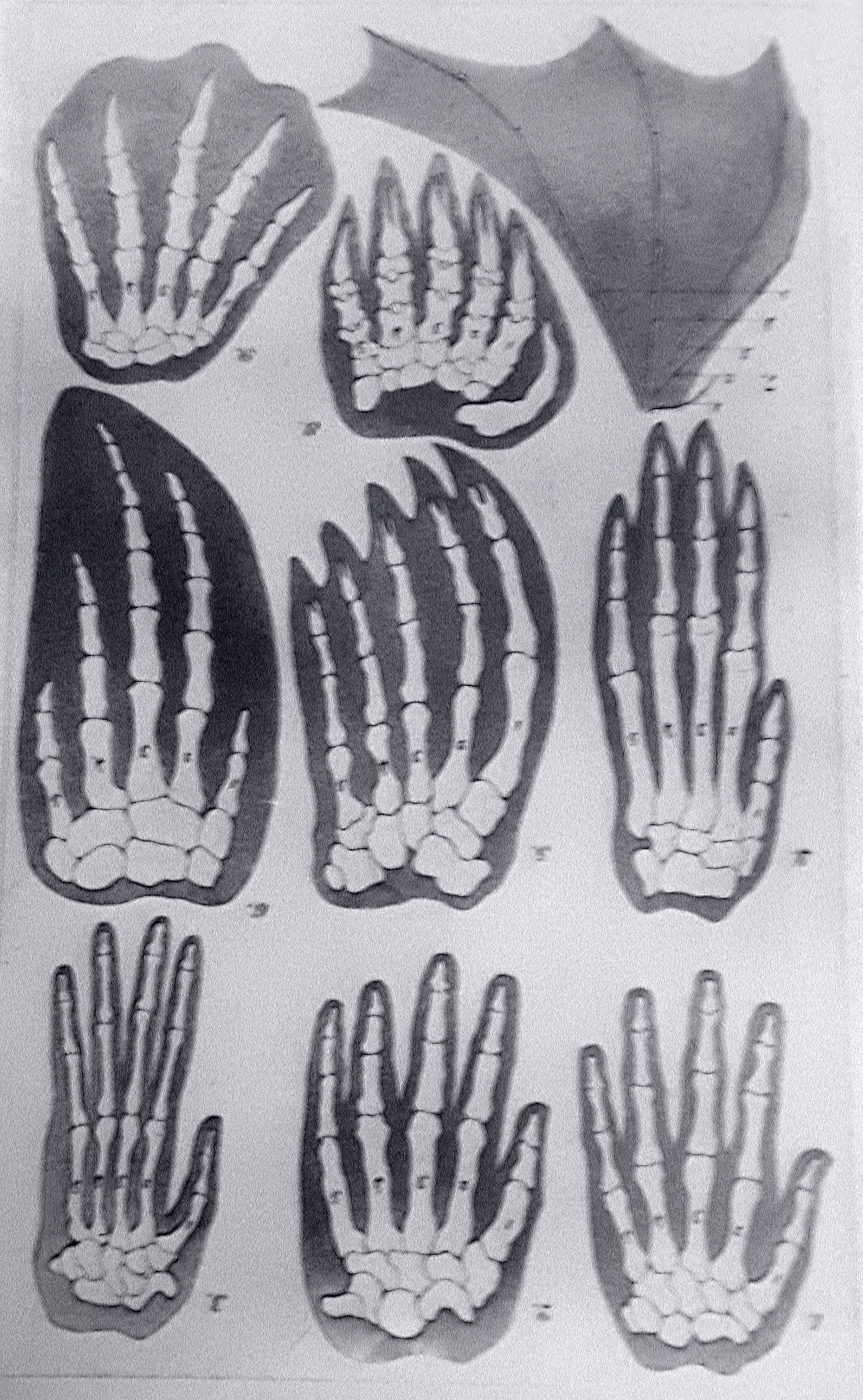 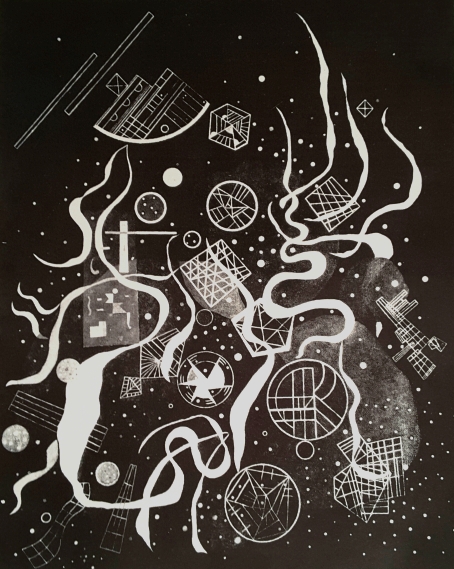 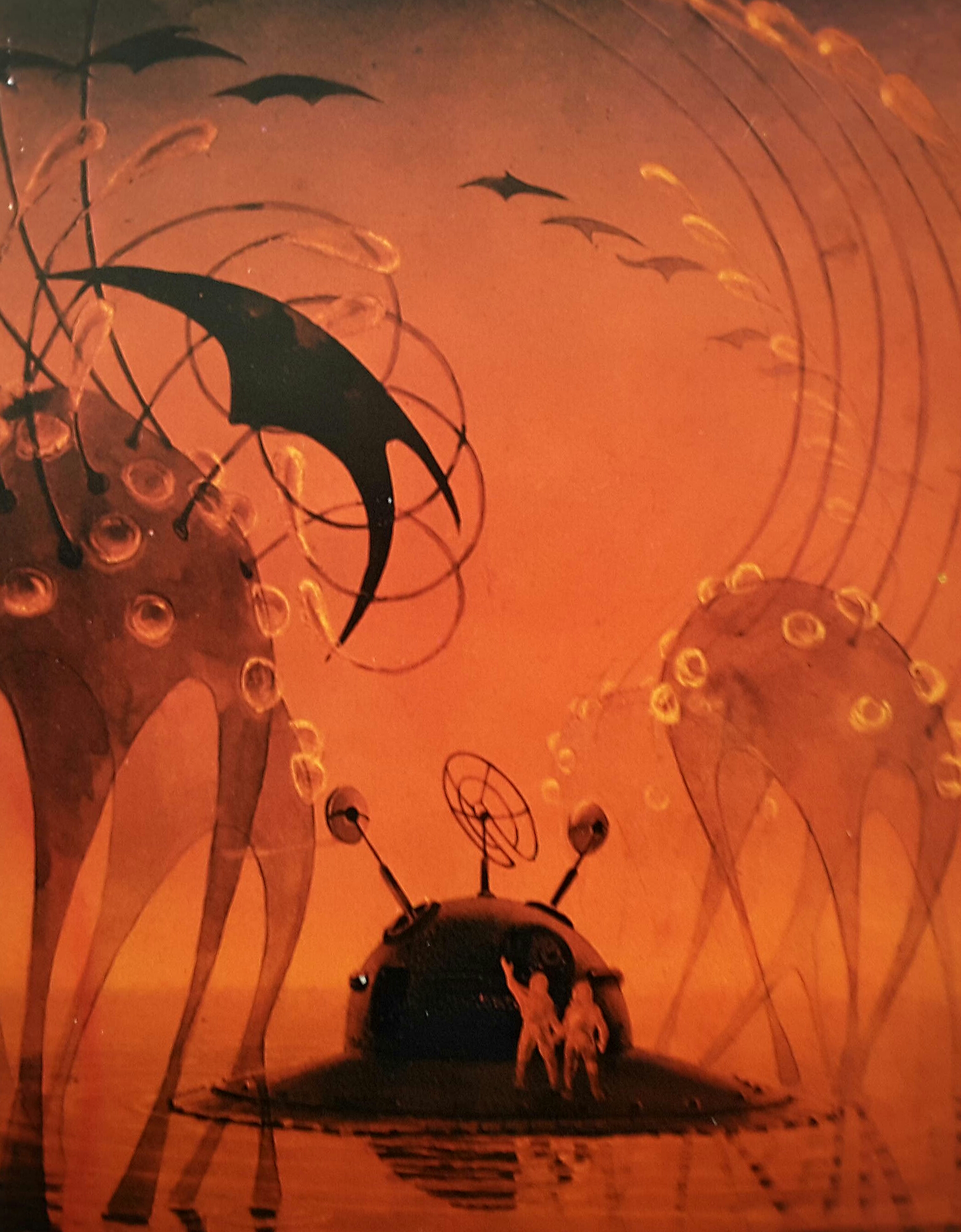 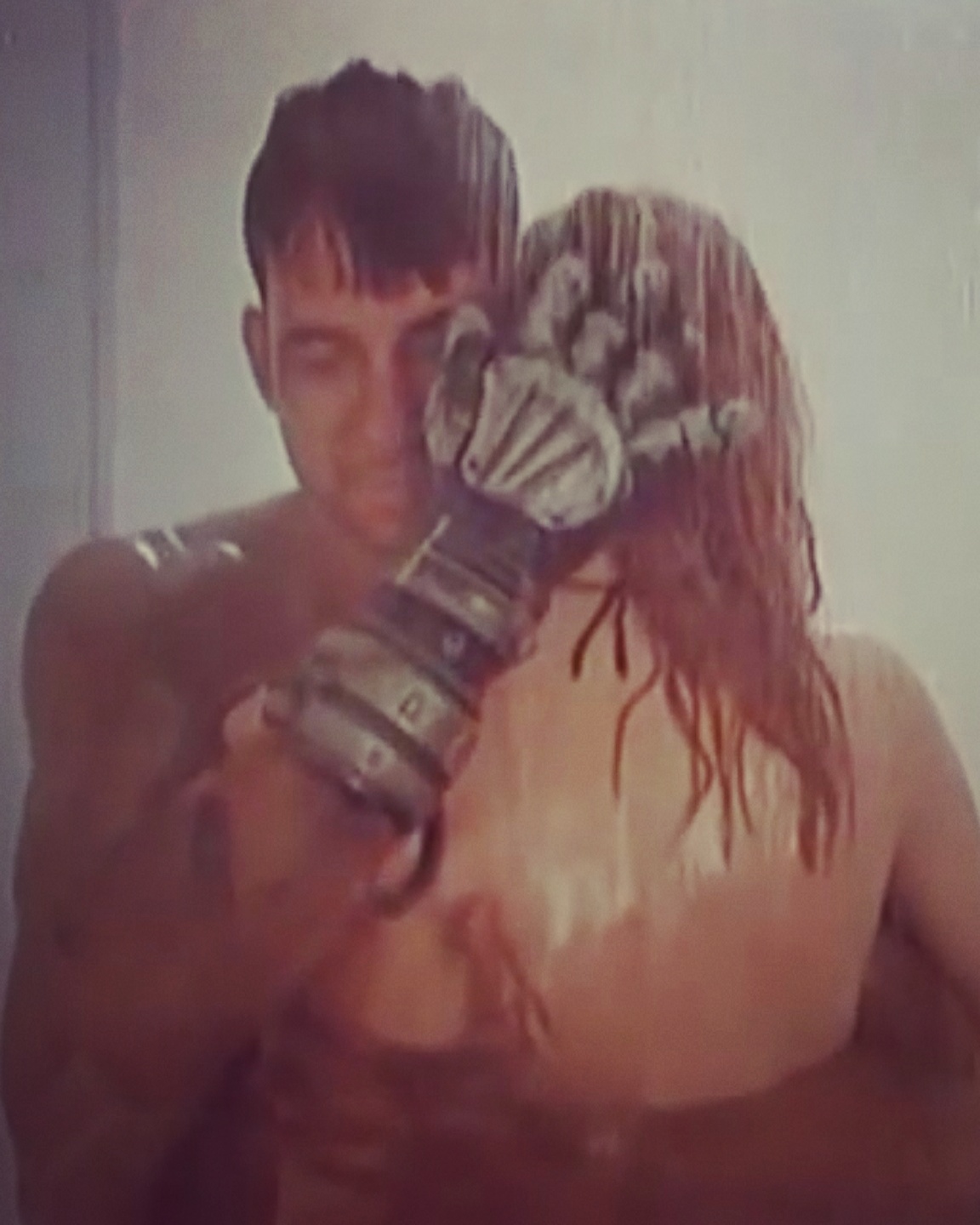 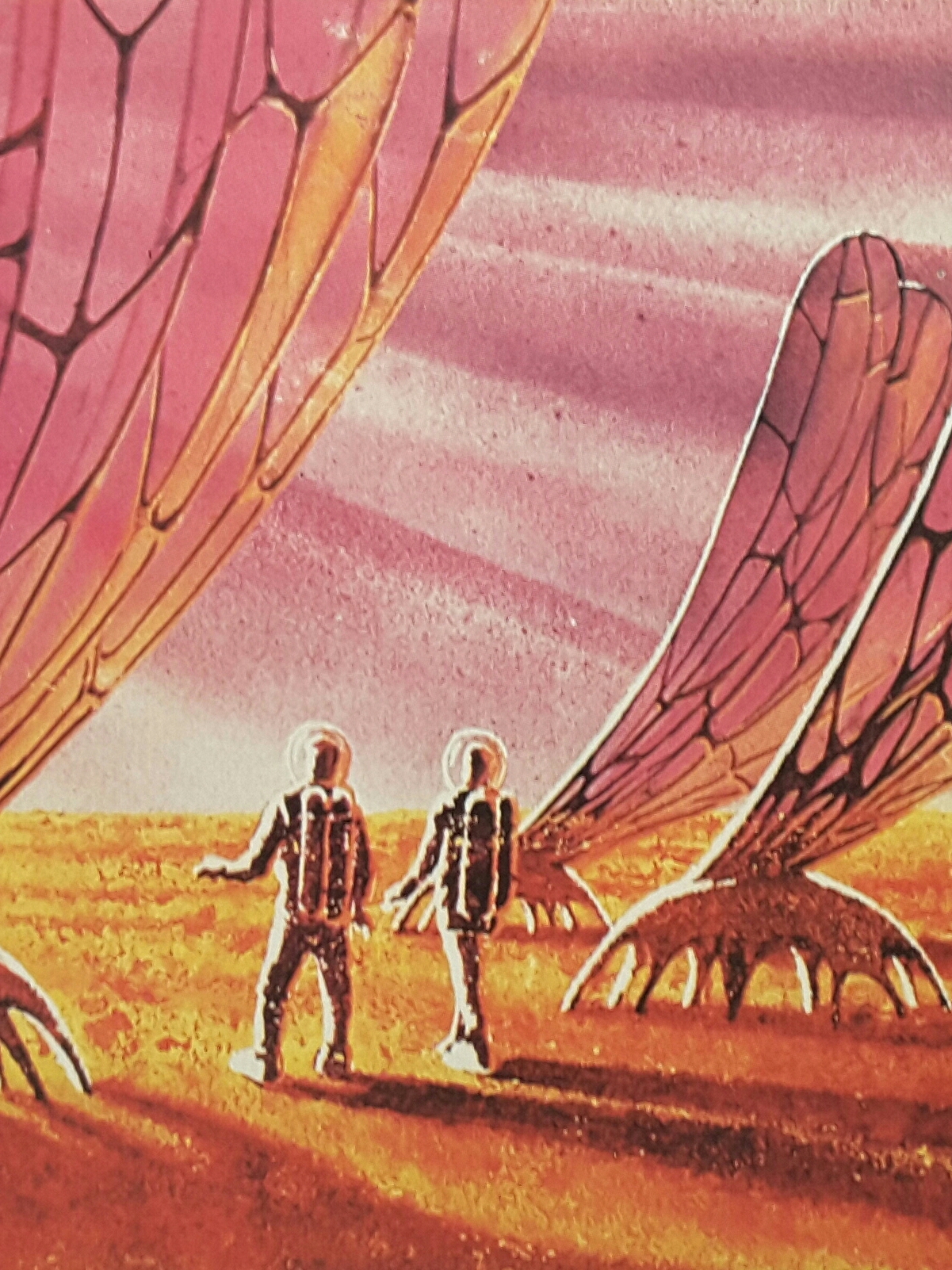 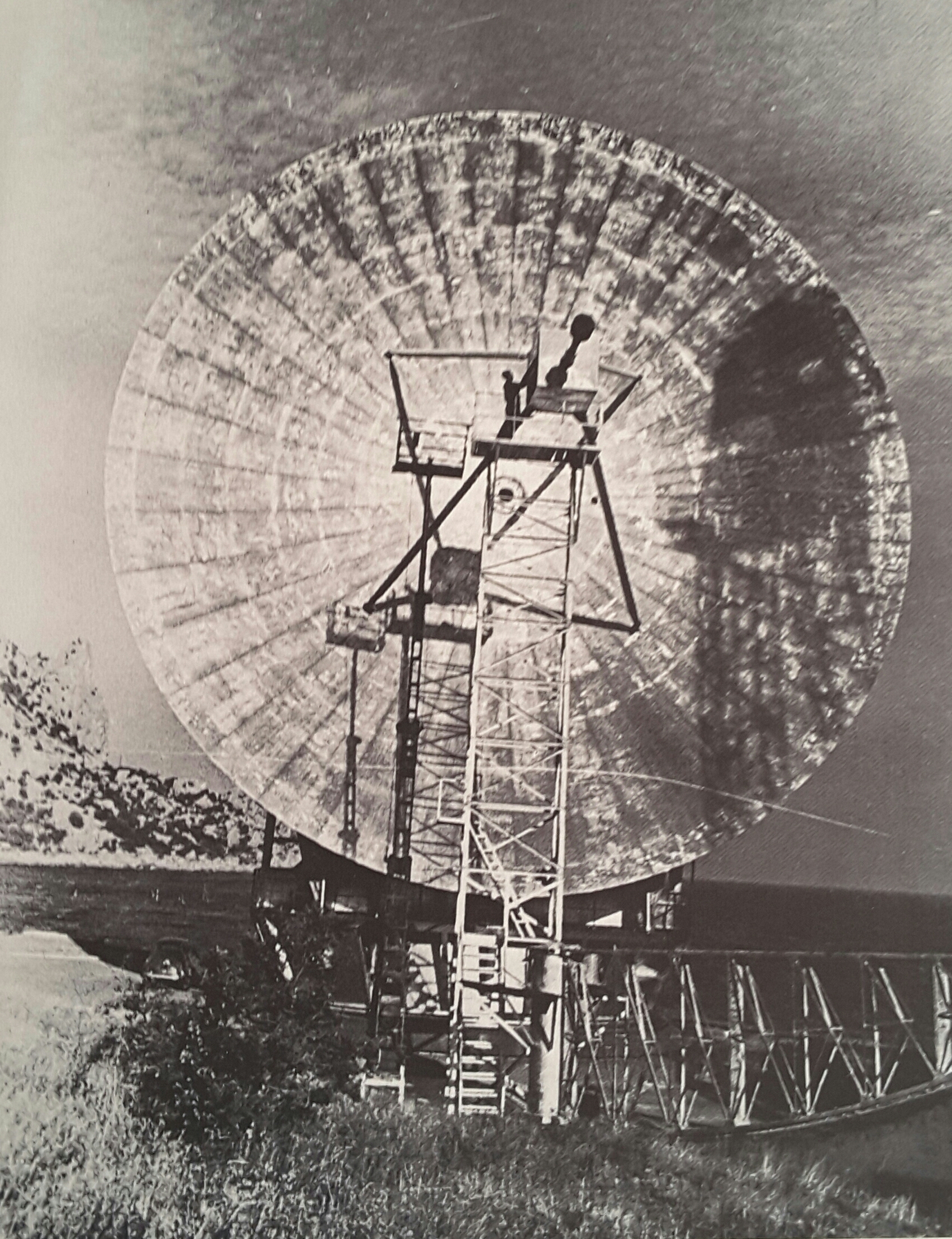 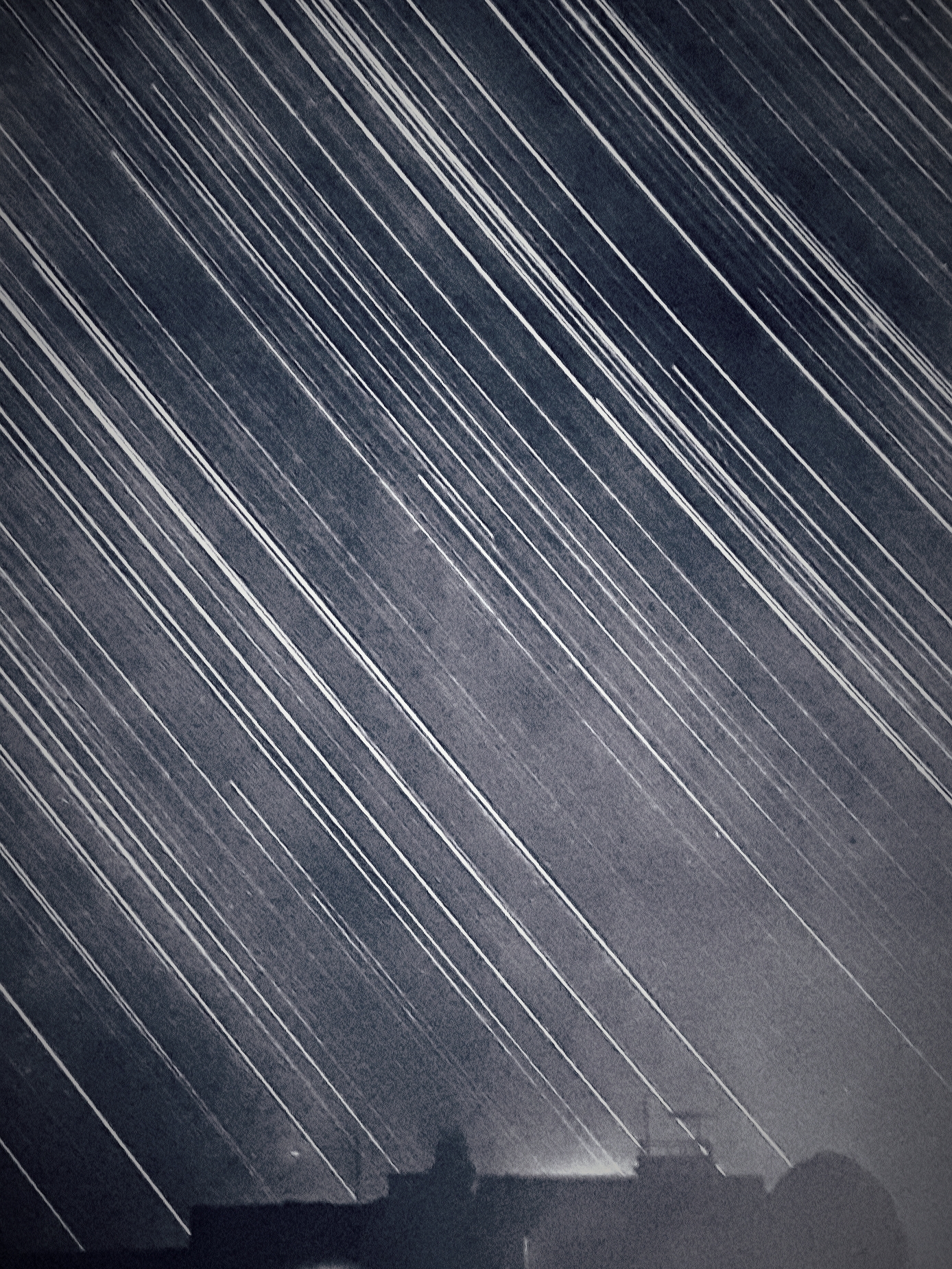 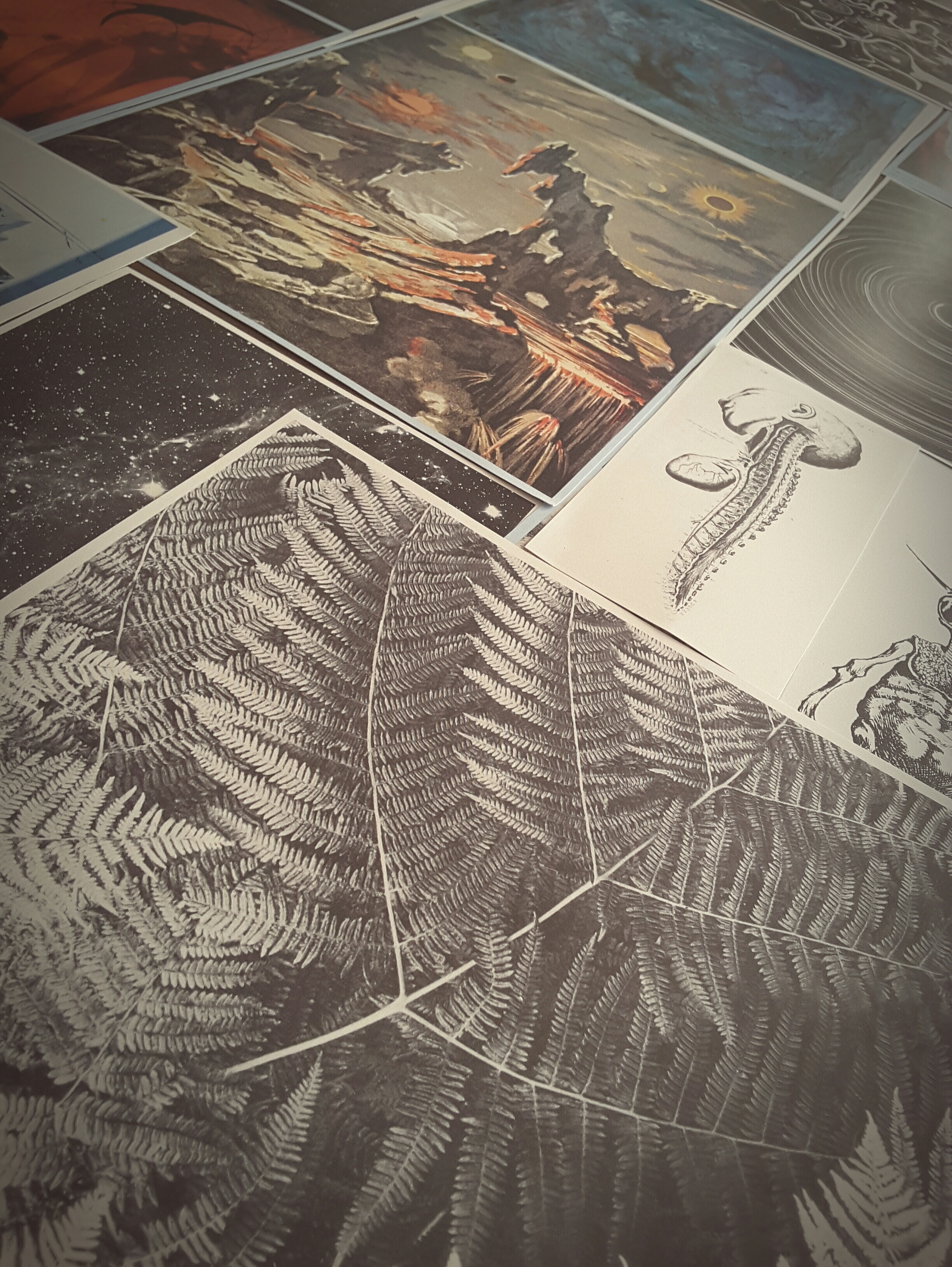 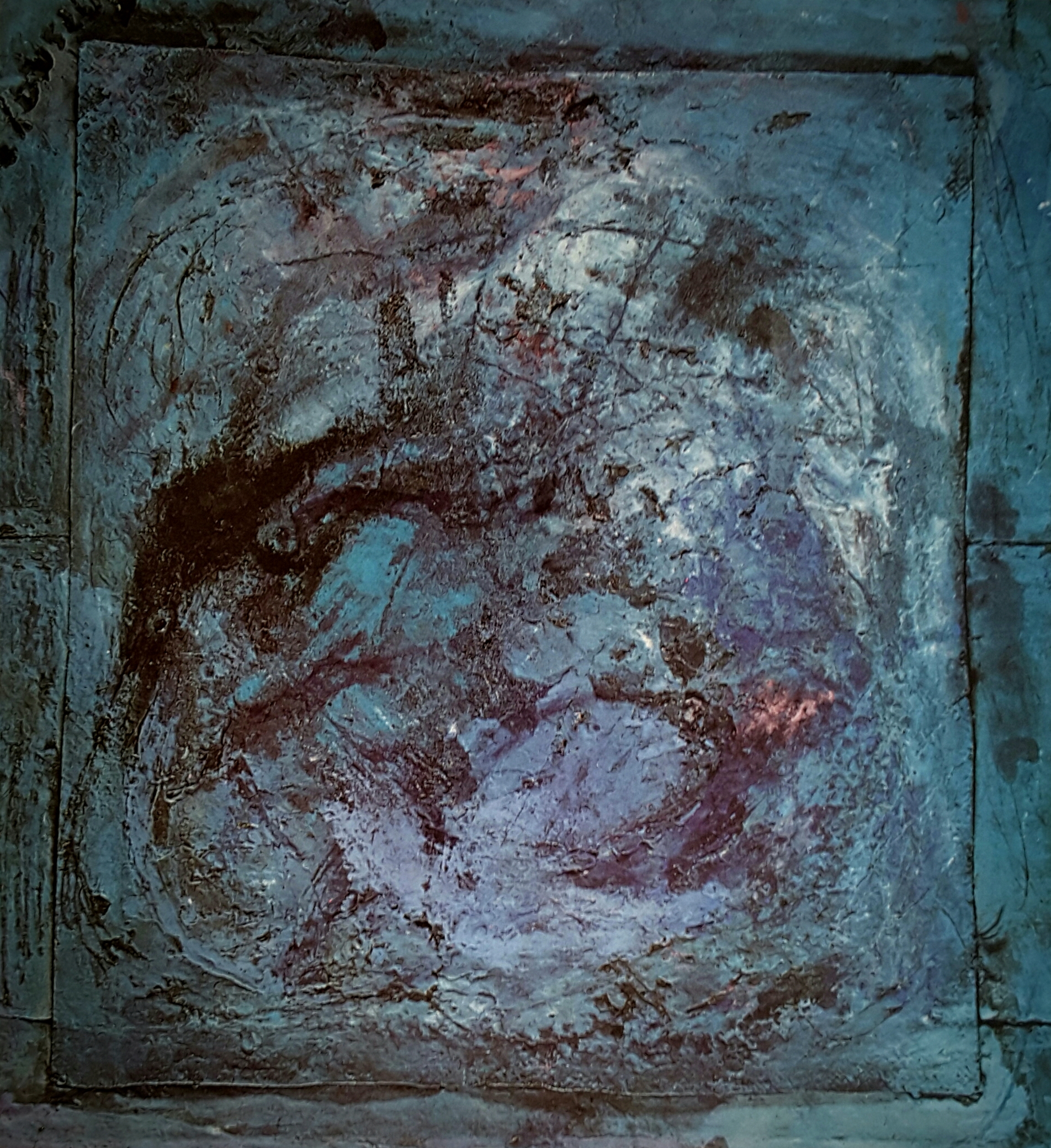 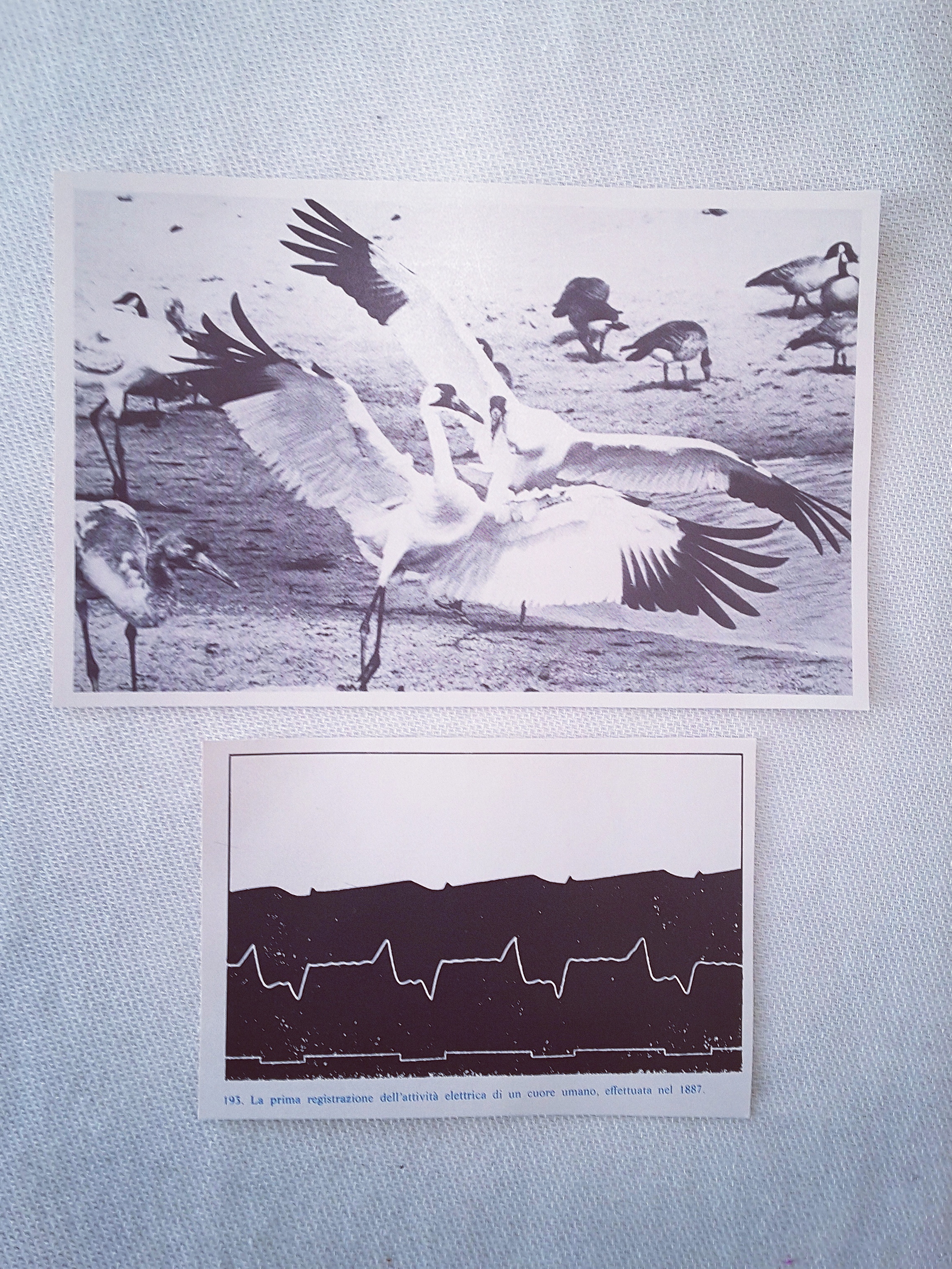 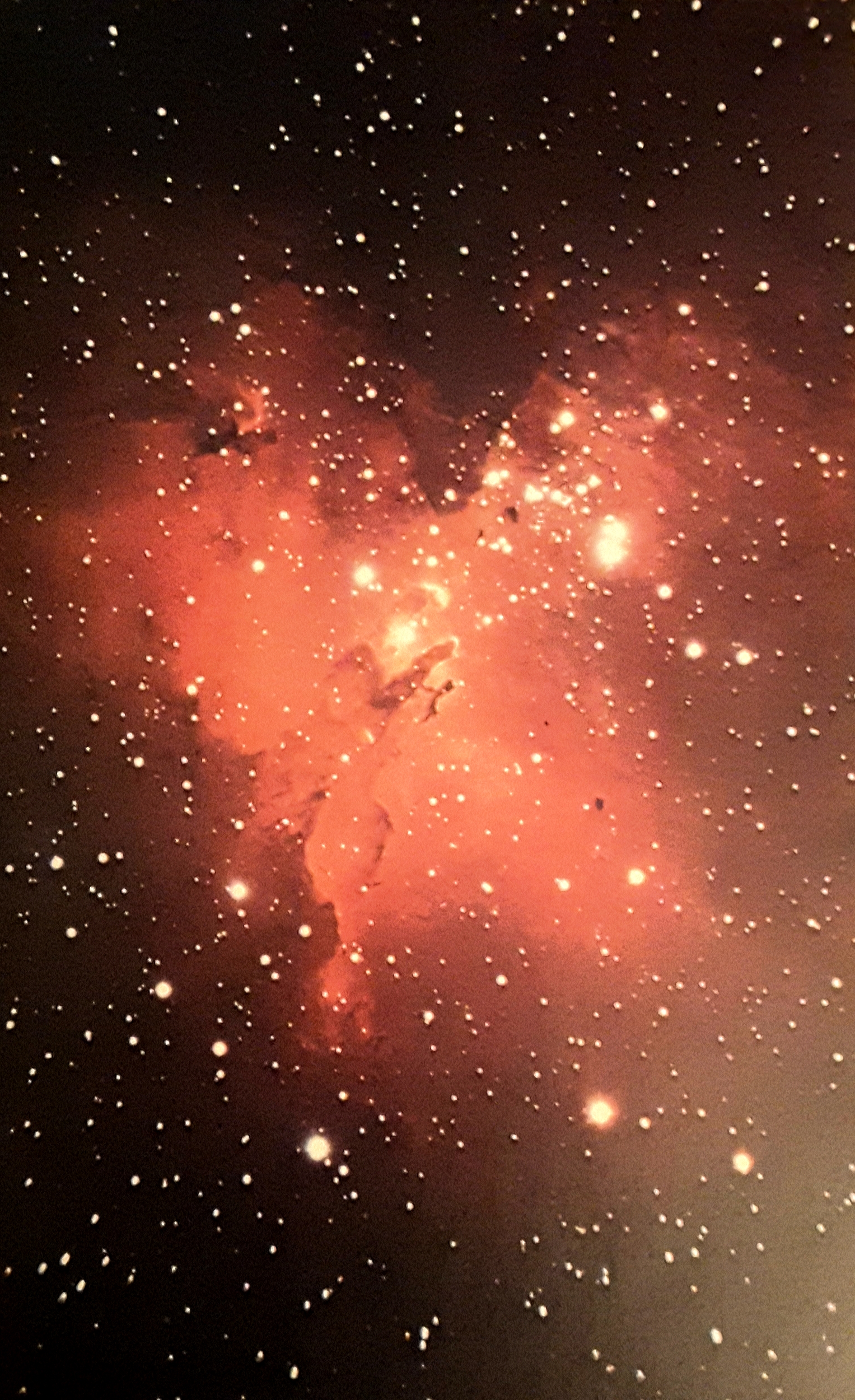 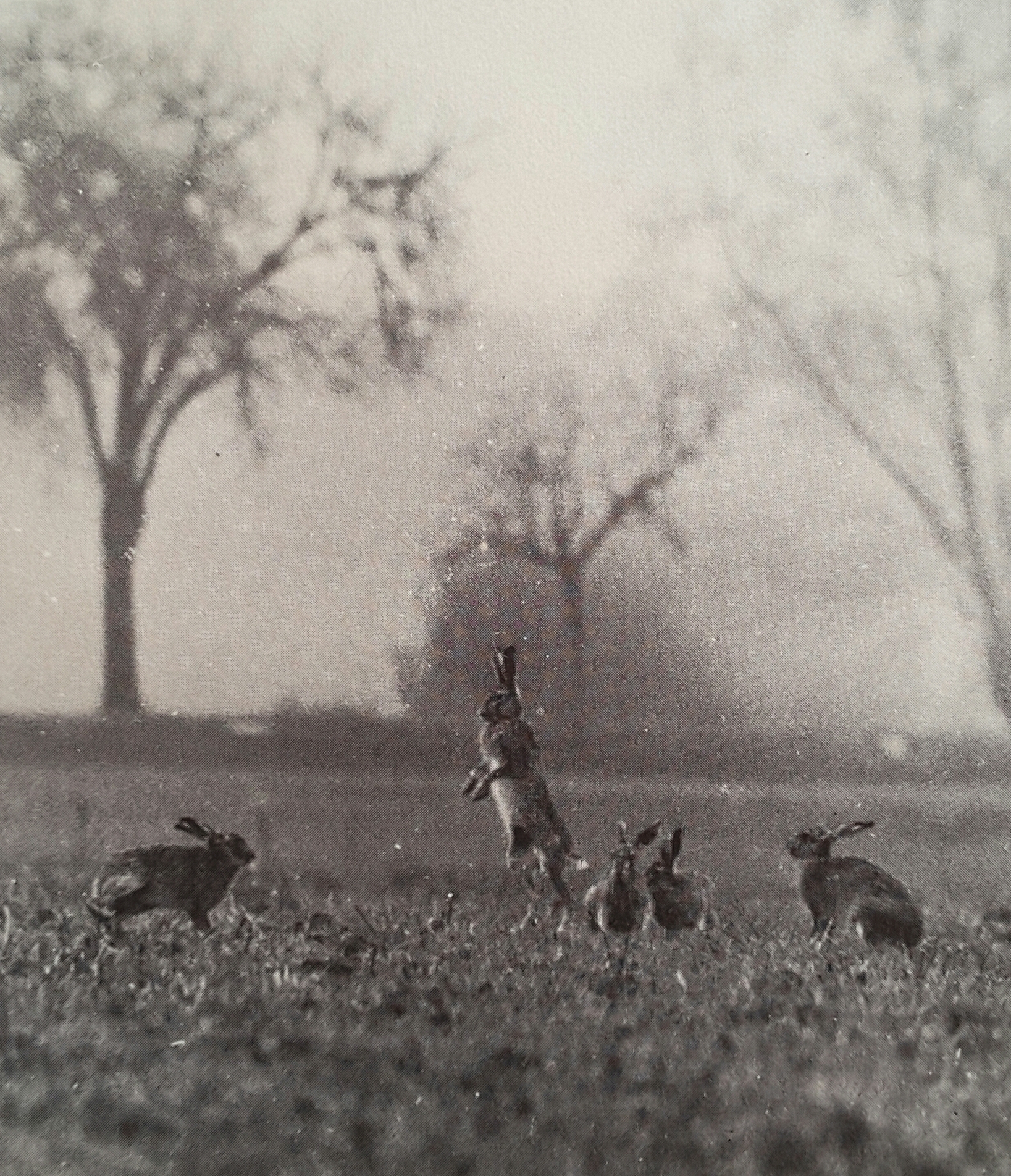